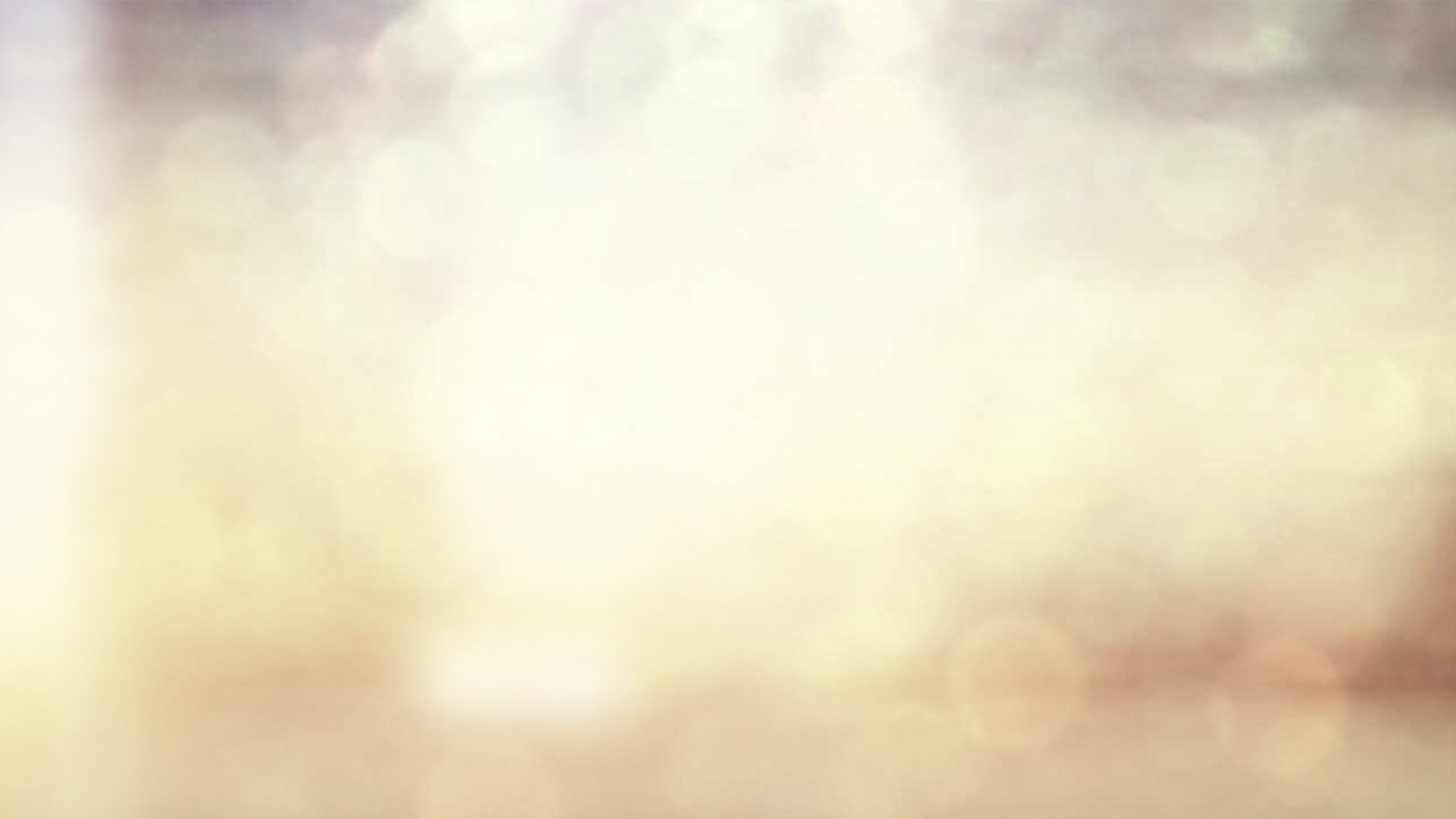 Exploration of this area of the United States, after the Louisiana Purchase in 1801, ushered in a Catholic presence along the Platte River. County records show that the first land claims in Dodge County were filed in April, 1856, by the brothers, John and Arthur Bloomer, two Catholic men who set the stage for the practice of the Catholic faith in this area. There is evidence that, as people settled in this area, that by 1860, there was an active Catholic community in what is now Fremont, Nebraska. 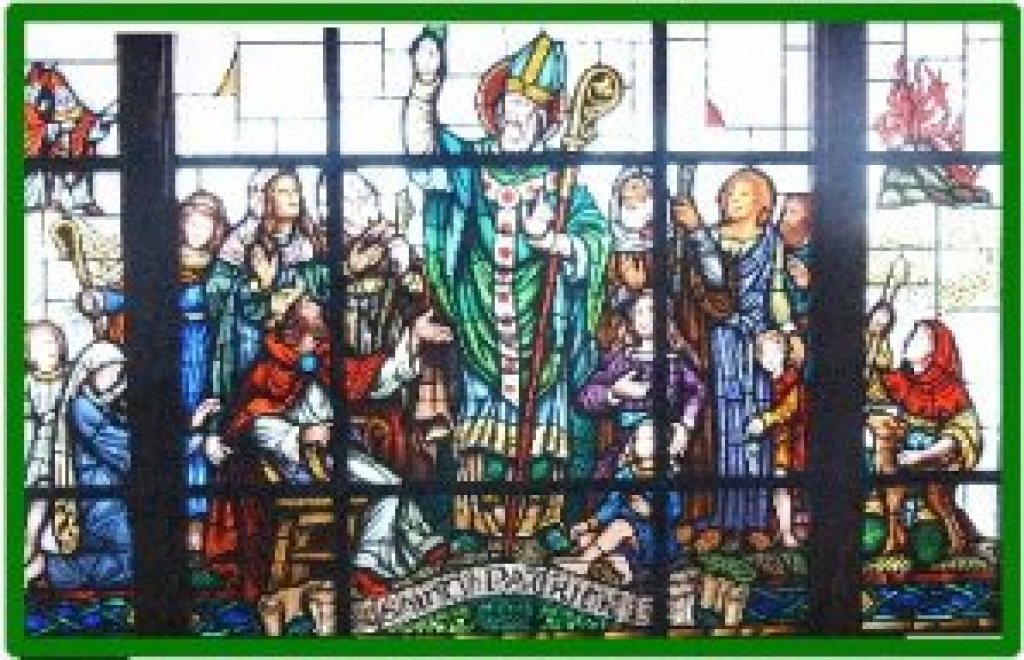 Window in the Narthex of St. Patrick Catholic Church

During this time, priests from St. John's Catholic Church in Columbus, Nebraska would travel to Fremont to minister to the needs of the Catholic population living here. Records at St. John's indicate that the first priest to travel here was Fr. Albier Fourmont. The first recorded baptism of people in Fremont is found to have been on May 23, 1867.

Fr. John Lonergan was assigned as the first pastor to Fremont on January 1, 1868. His assignment included a number of other settlements in the area as well, including Forest City (now Gretna) and Elkhorn. The first marriage in Fremont was recorded on January 11, 1868. The first and second baptisms in our parish took place on October 4, 1868. The children who were baptized were John and Emanda McGuire, the son and daughter of Bernard and Ida McGuire of Fremont. It was not long before a church building was needed. Construction began on a wooden frame building on April 16, 1869, south of the railroad tracks on Main Street. The first Mass or Liturgy was celebrated in the new church on May 16, 1869.

In 1880, Fr. T.W. O'Connor, the second pastor of St. Patrick, purchased the property on the corner of 4th and Union Streets, and the frame church was moved to that site. Our third pastor, Fr. P.J. Boyle, came to St. Patrick in 1883. He purchased more land on 4th Street, but did not start building before he was transferred to Omaha in 1886. Our next pastor was Fr. J.B. Fitzgerald. He started construction on a new and much more substantial church building in the early 1890's, but financial restraints delayed its completion until shortly before 1900. It was our next pastor, the fifth for St. Patrick, Fr. Charles Mugan, who completed the construction of the new church.

Fr. J.J. O'Sullivan, who was pastor from 1901 to 1937, was able to pay off the parish debt and erected the first Catholic school in Fremont. He opened the school in the early 1900s. The school was initially staffed by the Dominican Sisters from Kentucky. The Dominican Sisters taught at the school from 1913 until 1941. The School Sisters of St. Francis from Milwaukee, Wisconsin replaced them in 1941 and assumed the teaching responsibilities of our school. Fr. Patrick Cooney was pastor of St. Patrick from 1937-1941.

Fr. N.J. Neuberger, pastor from 1941-1946, begain a building fund for a new church. He also envisioned the building of an auditorium. The next pastor, Fr. Bart Leahy, who was our pastor for 14 years, put this project aside to address other needs and priorities which needed to be accomplished by the parish. During Fr. Leahy's time as pastor, the grade school building was refurbished, the auditorium was built, the present day Flynn building was constructed, a house was provided for the sisters, and the high school opened in 1950, graduating its first class in 1951. In 1959, construction on the present high school building began. It was dedicated on April 30, 1961. This building continues to serve as our present day junior high and senior high building on the corner of 4th and Clarkson Streets.

Fr. Edward O'Donnell was pastor at St. Patrick from 1960-1970. He was followed by Fr. Paul Peter who was pastor for only one year, 1970-1971. Fr. Jim Fitzgerald was the pastor from 1971-1976. During the 1970's, a number of factors common around the United States also affected Fremont. Our parish was affected by the declining numbers of priests and religious nationally who staffed Catholic schools, growing parish debt and our own pressing need to renovate our older parish buildings. A decision was made to close the grade school in 1975 and maintain the junior high and senior high school.

Since the closing of the elementary grades of our school, discussions had to reopen. During this same time, St. Patrick was led by three different pastors. Fr. Leo Raus was pastor from 1976-1981. Fr. Charles Swanson was pastor from 1981-1993. Fr. Frank Lordemann was pastor from 1993-1998. Then in 1998, 23 years after the closing of the elementary school, sixth grade was added to our junior high and senior high to give us a middle school and high school. That year, 1998, also marked the beginning of the pastor-ship of Fr. Owen Korte, who was pastor at St. Patrick until 2010. It was also in 1998 that renovation was completed in the four story white building adjacent to our auditorium and community center. At that time the white building was renamed the Msgr. Flynn Education Center in memory of the first superintendent of our high school.

1998 was also a significant year in that land was acquired to construct a new and much larger church. The old church building had been refurbished a number of times, notably in 1954 and again in the 1980s. Discussion of the need for a new church had been underway for a number of years. Under Fr. Korte, building a new church was pursued seriously. A study, projections, plans and drives for funds all took place, and in 2001, our 100+ year old church was replaced with a larger new church to meet the needs of a parish now numbering approximately 2,100 households. The new church was built at the corner of 16th Street and Johnson Road and dedicated on December 10, 2001. The mortgage was burned and our new church was paid for on December 13, 2009.

Discussions were also continuing about the re-start of the elementary grades that had been discontinued in 1975. In 2006, St. Patrick opened a preschool in our Community Center. Then in 2007, kindergarten and first grade were re-started in the Flynn Education Center. Second grade and third grade were added in 2008; fourth grade was added in 2009 and finally fifth grade in 2010; 2010 also marked the dedication of a new preschool and elementary building at 1515 N. Johnson Road just south of our new church and once again, St. Patrick now had a complete Catholic school system from preschool through 12th grade to serve the community of Fremont and the surrounding area. Fr. Dave Belt becamse our pastor in June of 2010 and president of Archbishop Bergan Catholic School. In 2011, the sixth grade was moved to the new elementary building, creating a PreK through sixth grade elementary and a jr. high and sr. high building. In 2016, the Early Childhood Education Center was opened in the community center, providing daycare for children ages 3-12, as well as a preschool.

In June of 2017, Fr. Walter Nolte became our next pastor and the president of Archbishop Bergan Catholic School. We are thankful for his leadership and look with joyful anticipation to the journey on which he will lead the people of St. Patrick. The history of our parish offers many stories, but most importantly, it is a story of faith and the many blessings of our God!